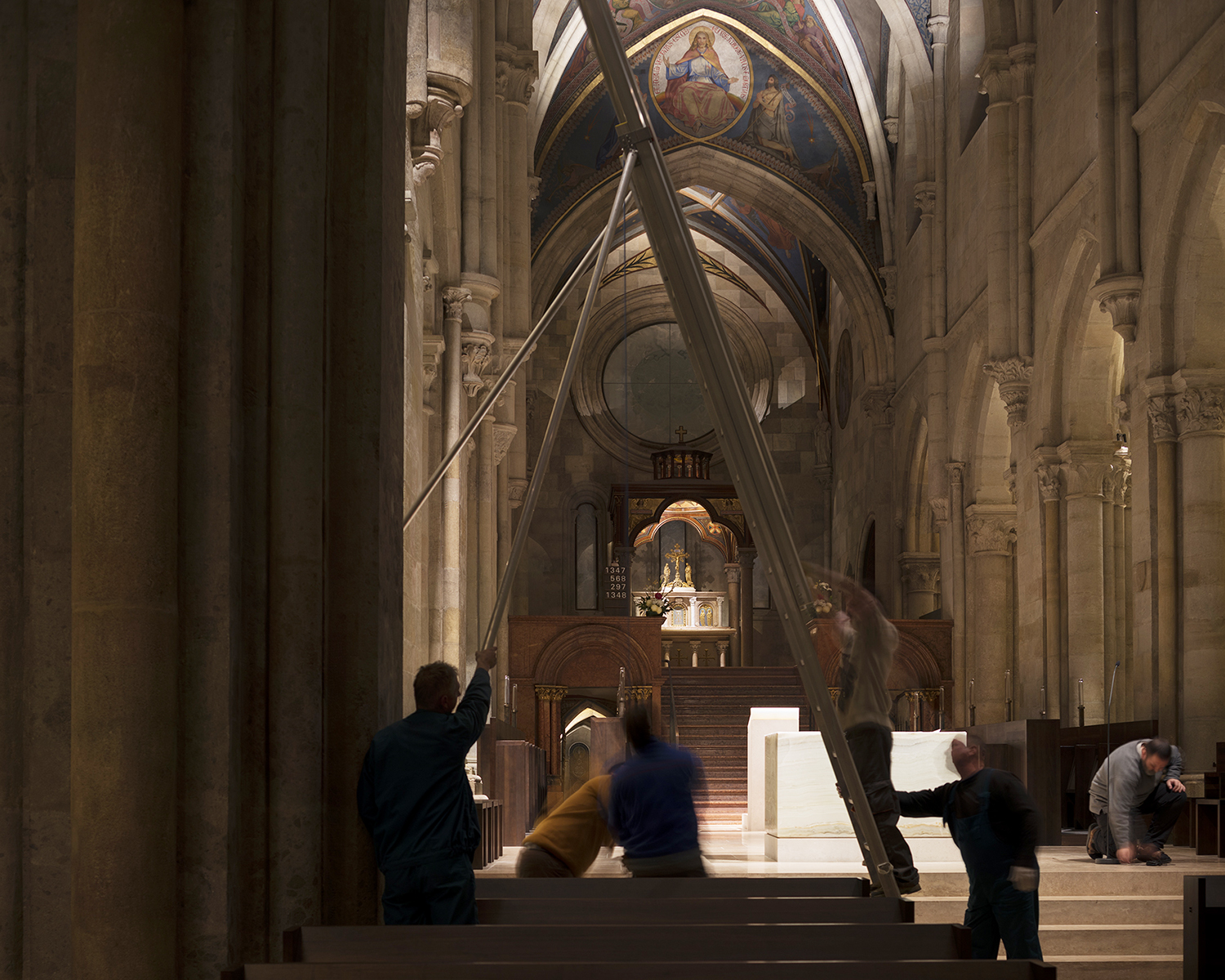 I knew that this scene reminded me of something the instant I saw it. We were at the Archabbey Pannonhalma in Hungary to photograph the new lighting installation by Speirs+Major which had been developed alongside an architectural refurbishment by John Pawson.  The lighting was being focussed at this stage, final adjustments being made and I was waiting for the go ahead to photograph.  I had to be quick, I didn’t have time to change the lens but I liked the picture that resulted. 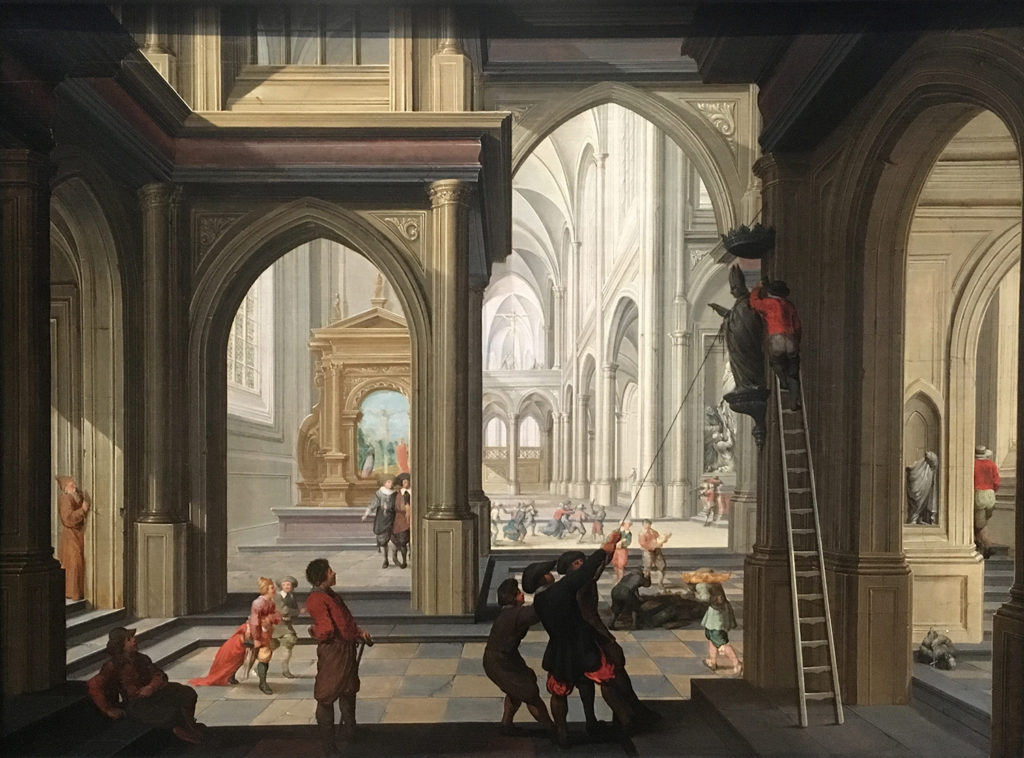 Last month at the Rijksmuseum in Amsterdam I saw the painting ‘Iconaclism in a Church’ by Dirck van Delen (1630) and realised agin what it was that I had half remembered, this was the picture that I had seen somewhere before. The painting shows a church in August 1566 where Protestants are tearing down a statue from its plinth, countless statues and alterpieces were destroyed in churches throughout the Netherlands, a scene rarely depicted in dutch art.

At Pannonhalma it is a scene of restoration and illumination, the opposite in many ways and it makes a nice echo from the painting.