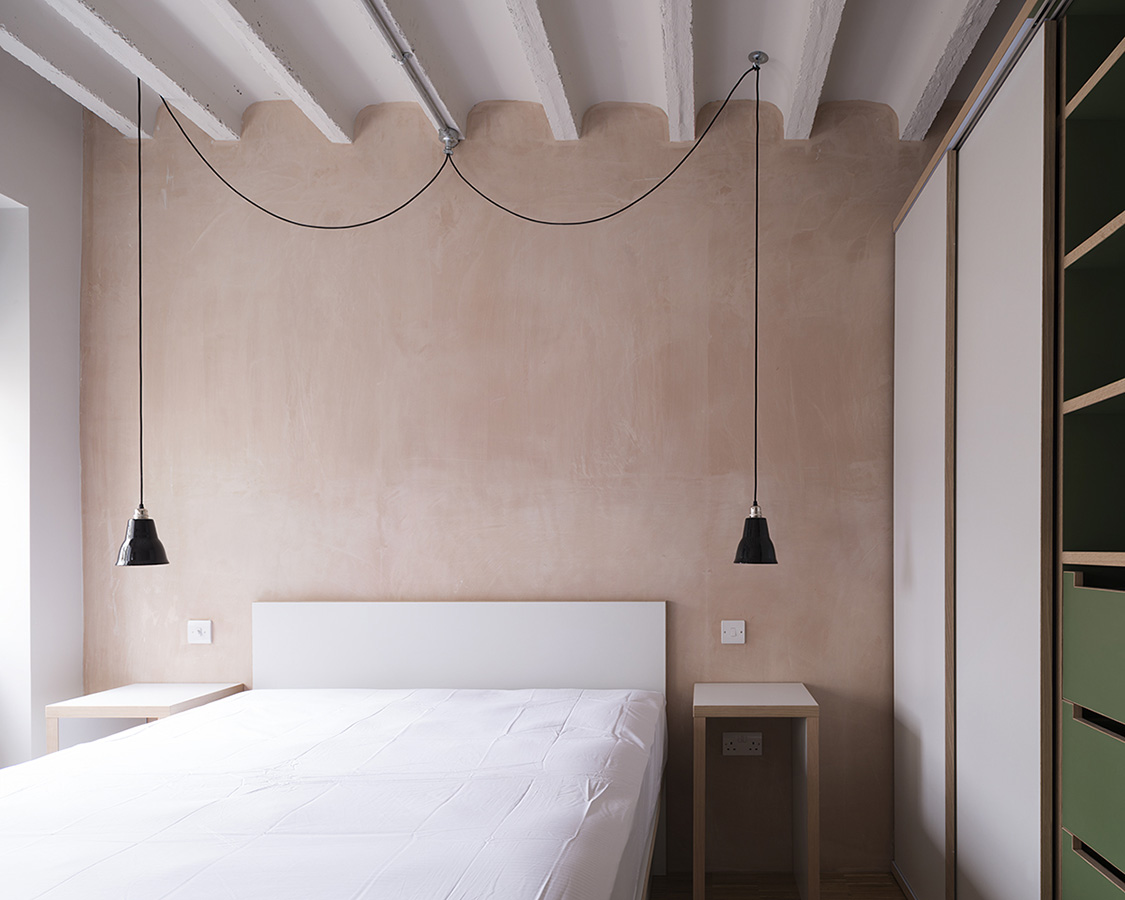 Well, ‘look at that’ to be literal about it. The difference being that rather than demanding your attention a picture can simply offer itself up to be looked at, perhaps more slowly, perhaps for longer.

Sometimes a project has no drama. This doesn’t mean that the project is no good or lacking in some way, rather it is quieter, with a quality of stillness.  Perhaps it has more to do with architecture as background condition, a space to be lived in rather than shown off, to be experienced and not just seen.

I have recently been fortunate enough to photograph two projects for Robin Lee Architecture – 71 Queensway and the Old Paint Factory – and it struck me that this was just such work.  In each case a former industrial building has been refurbished as living space, in each case the starting point was a fairly ordinary structure and the end result is unspectacular. Again, I do not mean this in a negative way, how many of us live in a ‘spectacular’ house, or indeed want to. Spectacular view or location maybe, but house? Give me quiet simplicity any day. 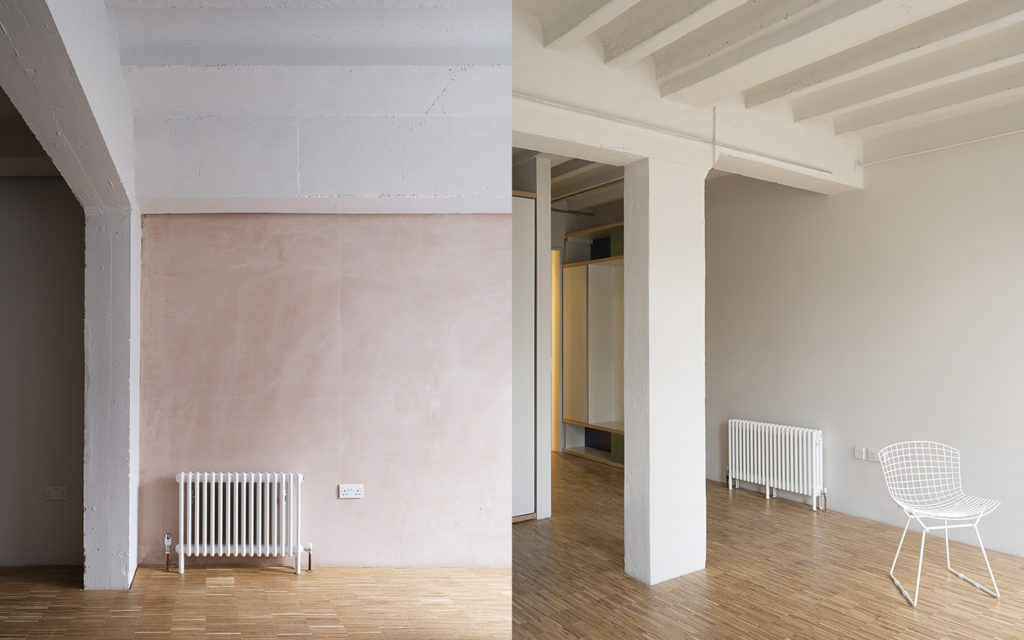 Whilst some of the materials used may be luxurious, they blend in with the whole. Where original features are left exposed, even raw in places, they speak of what remains of the original rather than leaping out as a feature of urban chic.  This is simply the way it is, this is the way the place is made. Colours are muted and subtle, elements provide function rather than feature and the overall effect is one of calm which provides a welcome contrast to the city outside the doors.

As Mary Duggan writes in an article about 71 Queensway in AJ ‘This project is about creating a specific atmosphere rather than a specific appearance’.

I think I am drawn to these projects because it fits with the way in which I like to photograph architecture (and places in general). Where possible I aim to just show what is there and try not to create drama within the pictures. Quiet pictures for quiet architecture. 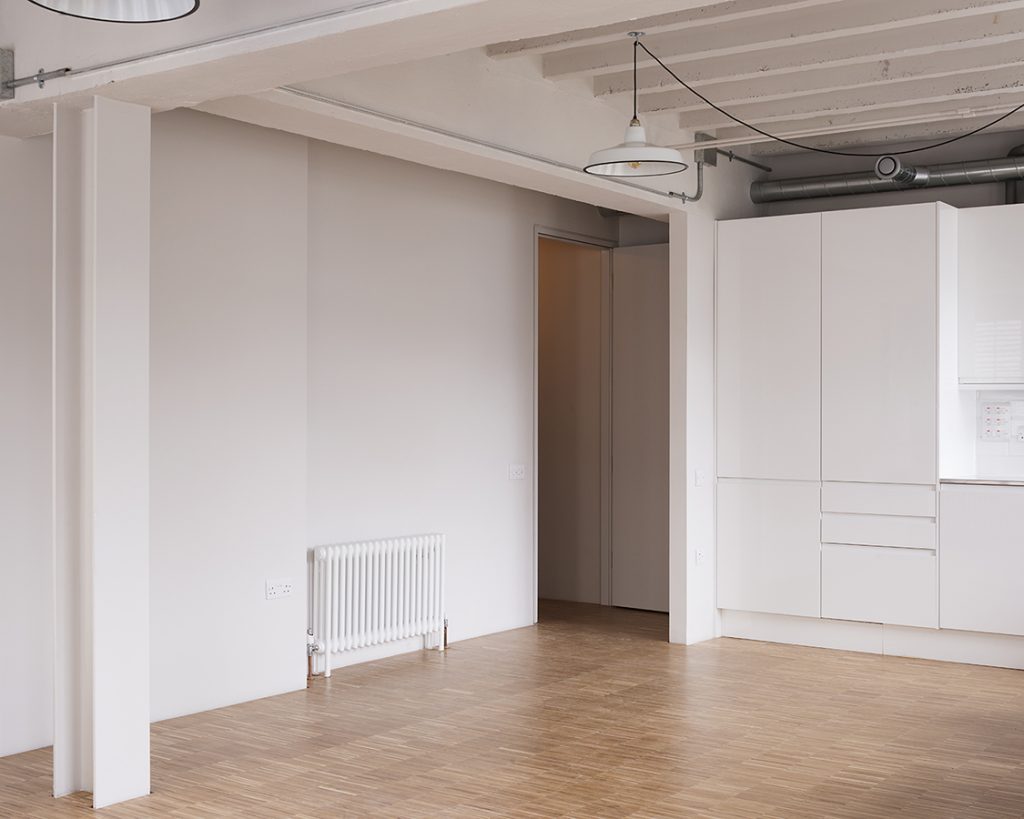 Many factors contribute to the experience of architecture, all senses are active. A photograph, on the other hand, will only ever be a visual representation, an appearance. But a photograph can suggest as well as show. Composition and activity within the image can provide clues as to what it might sound like within a space. Light conditions can be used to create a specific atmosphere. Focus on materials and the way that they respond to light will offer information as to the texture and feel of the surfaces, what temperature they might be if you touched them, whether they are hard of soft. This in turn will provide further information about what the space sounds like and so on. 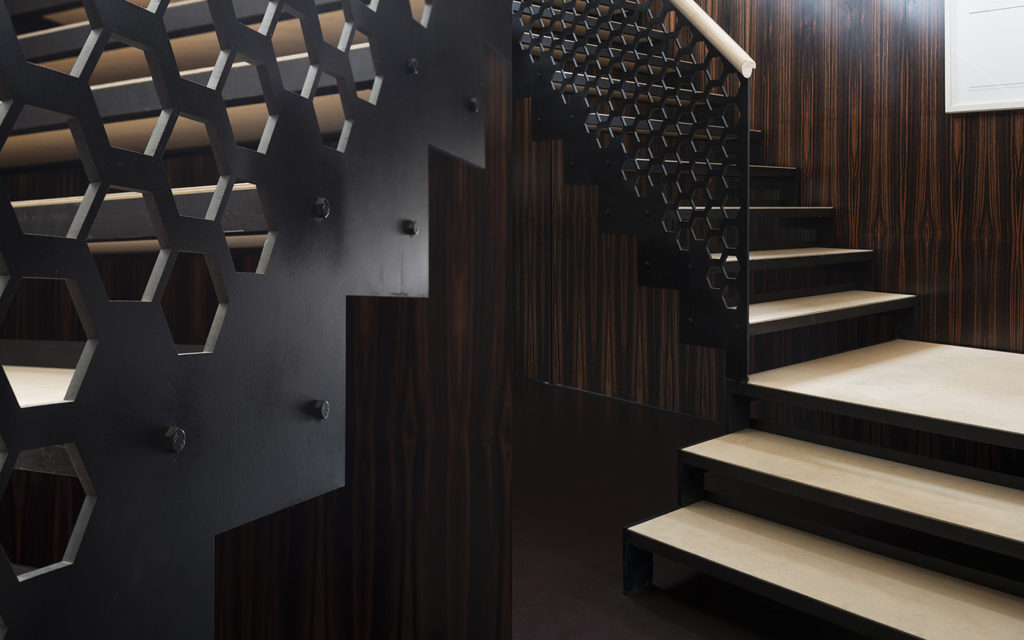 In the end the pictures are not so different. But there can be a subtle shift in focus away from the surface of the photograph towards the quality of the space depicted. A shift away from a purely visual response toward a more imaginative one.  Wow factor can grab your attention, but can it show you what a place is like? Can you see beyond the photograph?