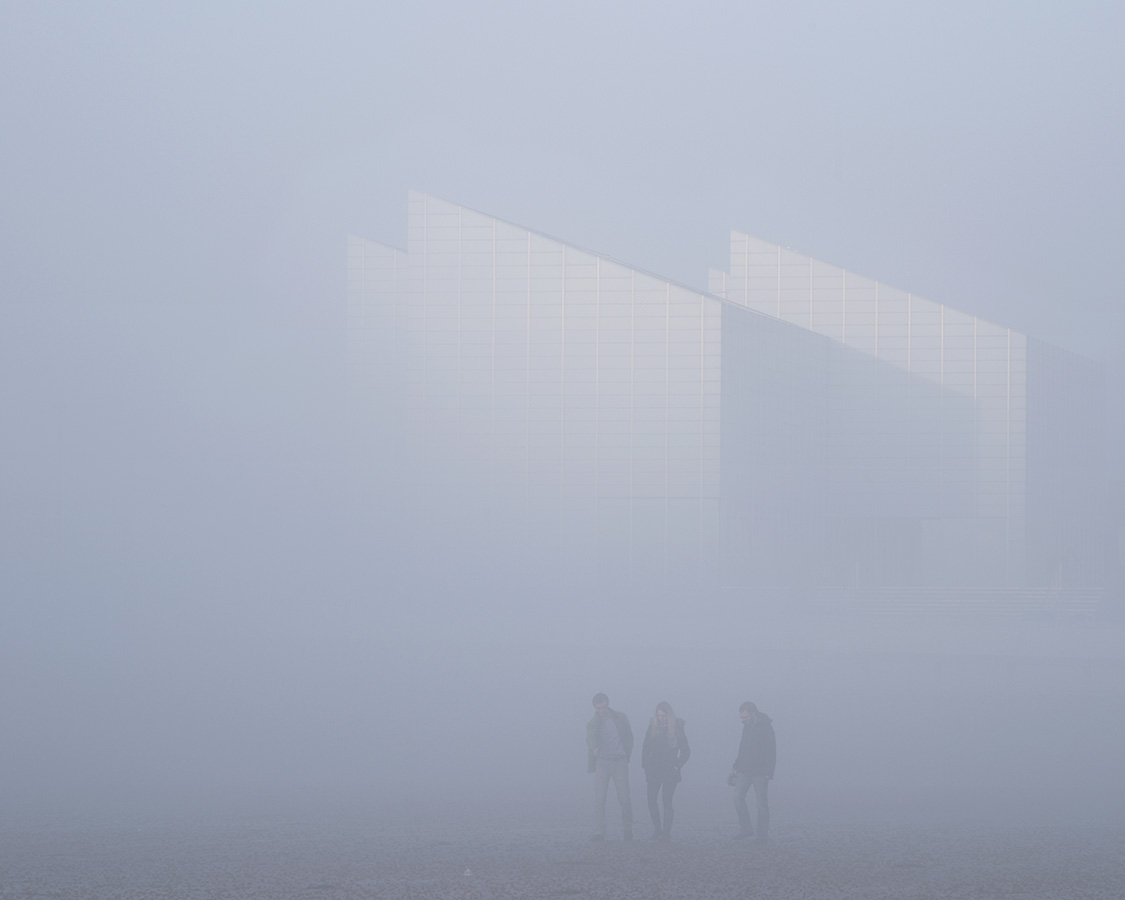 I have always loved looking at Turner’s paintings, especially the later or ‘unfinished’ ones. For my taste, the more abstract the better, less distinct or descriptive means more atmospheric and ephemeral. But I did always take them to include a large dose of artistic licence. A ‘nice interpretation’ I would think, but of course in reality it was not like this, not as intense as this…….

The first time I visited the Turner Contemporary Margate to photograph it I waited for a sunny day. Beach/seaside/sunshine. Strong light and shadow for strong building form. Simple yes, but effective? On a second visit at a later date, this time not to photograph, I experienced sunset at the end of a long clear evening. Watching the sun setting across an expanse of sea I became aware that this was ‘one of those places’ where there is something special about the quality of light. Cleaner somehow, colours more vibrant, effects more intense. Porthmoor Beach at St Ives is another such place and whilst it is a cliche it is true. The sunset looked like a Turner (cliche time again), it did not just remind me of his paintings, but it actually resembled one.

The next time I visited it was because the weather forecast was for fog. Fog in combination with that light could be interesting! When I arrived what I saw was, well fog. Thick thick fog which meant that I could not actually see the building that I had come to photograph until I was almost at the entrance steps. 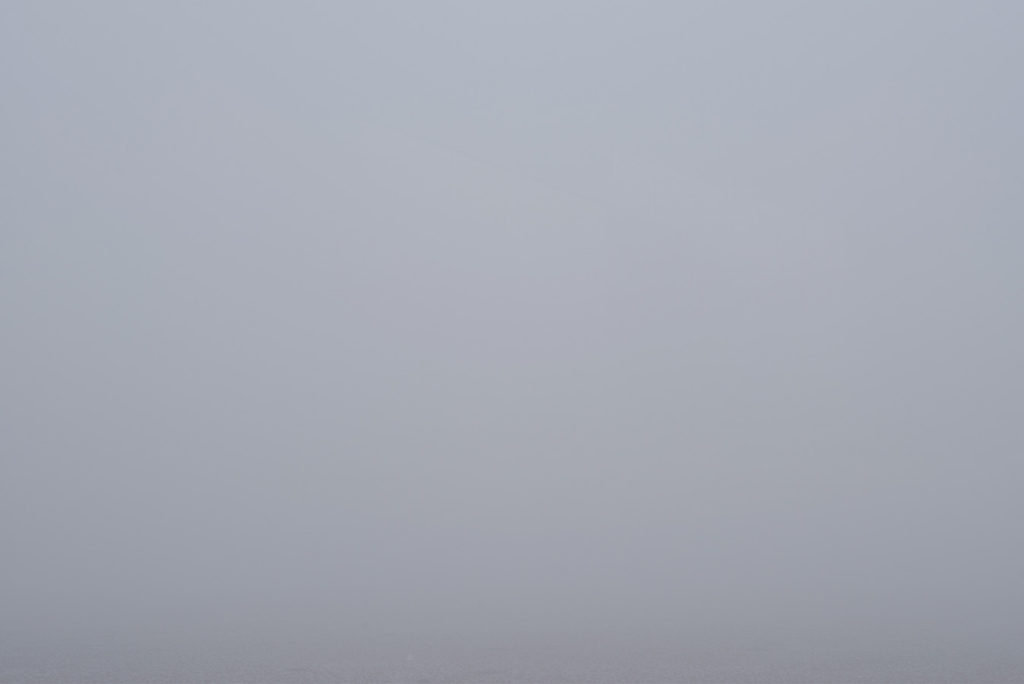 Spending time out on the beach it was possible to lose orientation and forget which direction was the town and which was the sea. Sounds were muffled and yet amplified at the same time and the effect was, in its own way, wonderful. But I could not see the building to photograph it. I must have arrived mid morning and it was not until 4pm that the fog started to clear. Gradually views of the gallery emerged, glinting in the sun through the fog.

The sun was low by this point, being winter sunset was not far off, so colours were beginning to appear. The fog took the colours and the light as it shifted and dissolved slowly, new glimpses of views would emerge and disappear, strong moments of sunlight on buildings and then glimpses of blue sky. The effect was not just wonderful but extraordinary as I found myself standing in a Turner painting. Abstract and indistinct with no sense of perspective or direction, just an emersion in colour and light. So I realised that it was not artist licence after all, this is it! 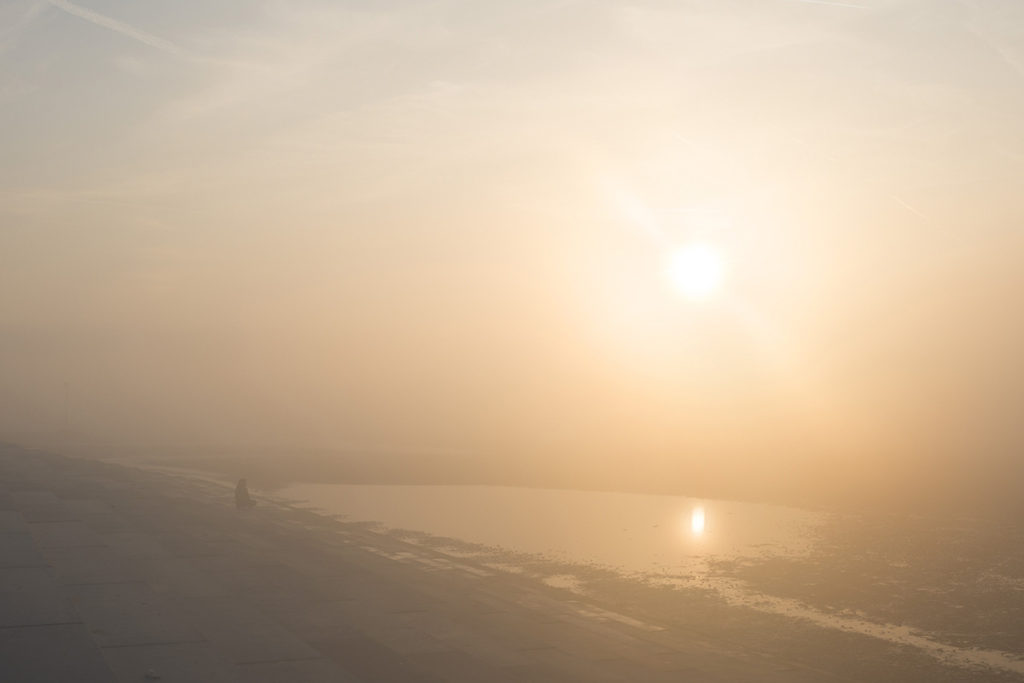 Once the sun appeared the fog melted away quickly, lifting and rolling out to sea like the tide going out. We were all left with a clear and crisp evening sunset and a sense of astonishment. It was one of the most spectacular light effects I have experienced. This winter when the weather is getting cold and foggy, cast your eye to the forecast for Margate.

Of course I took some pictures, but I’m afraid I am no Turner. 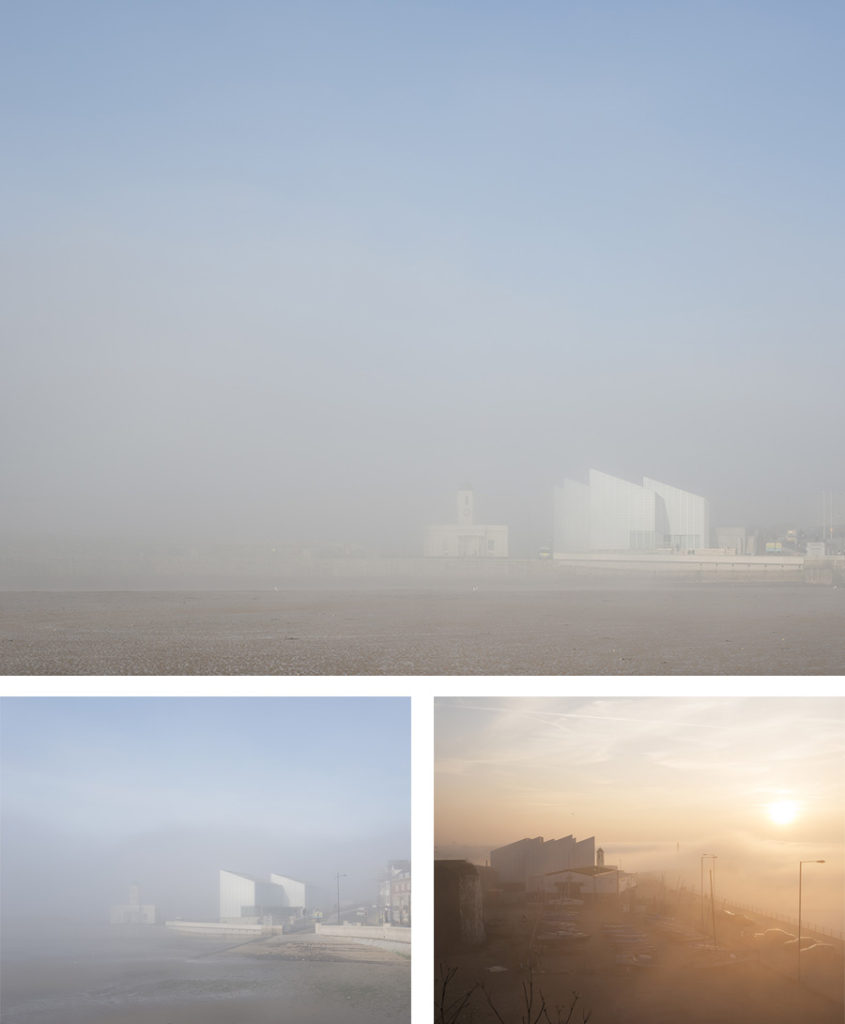