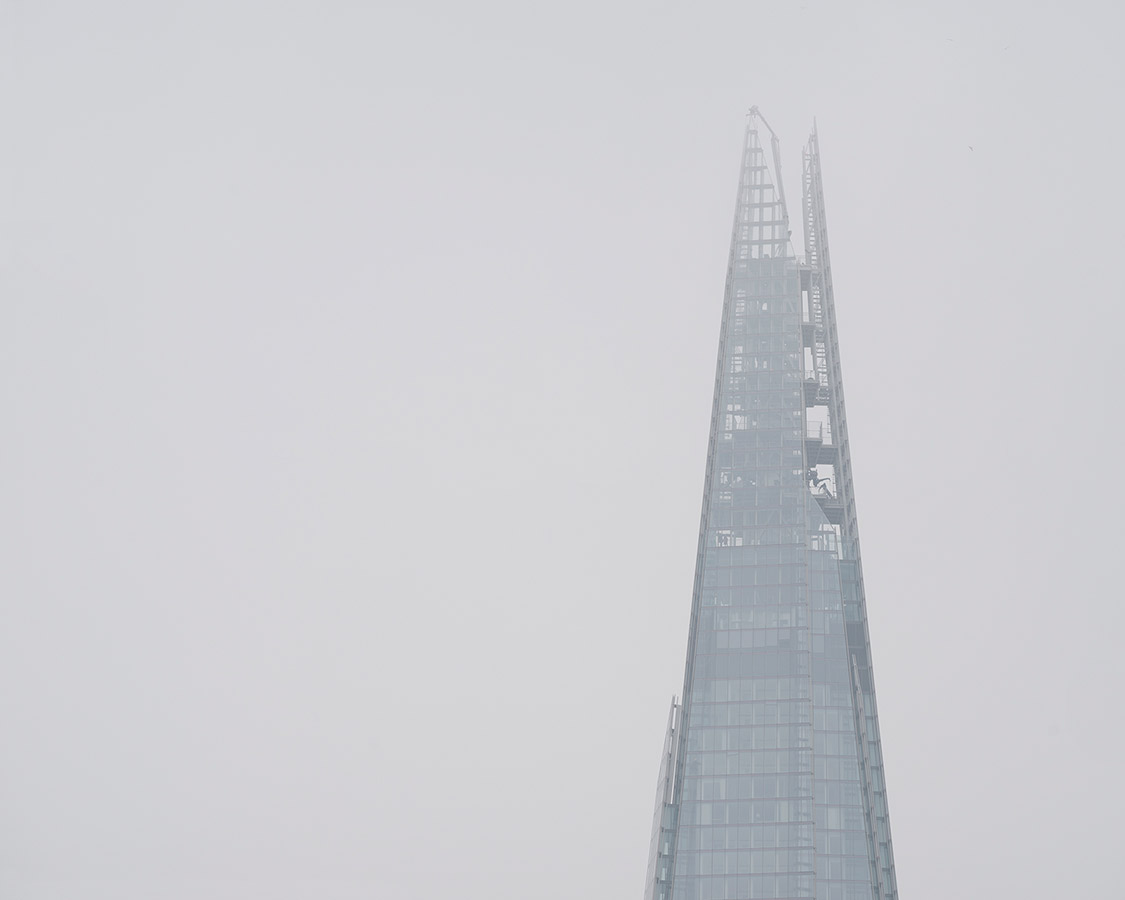 Following a recent chance encounter I was invited to ‘The View from the Shard’ on Friday morning where they would be ‘opening the 72nd floor to a few photographers to take pictures of the solar eclipse.’
I joined a gathering of press photographers.  We came from far and wide to be able to capture the event, our images from this exclusive vantage point would then be distributed electronically, immediately and worldwide.

The sky was thick with cloud cover, the views were obscured and we realised we were not going to be able to see the sun; but still we waited.  Waited just in case?  Waited to see what would happen? Or waited because we had been sent there to cover the event…………..the event became the waiting, the waiting became the event, so I photographed this.

These are my solar eclipse pictures.